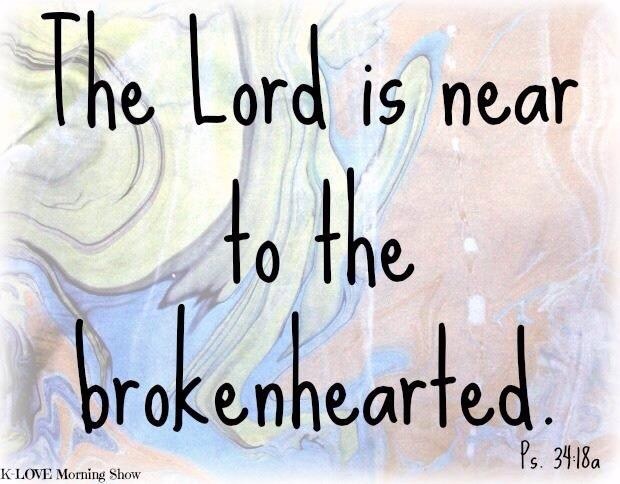 Faith is different for many. For some it’s a belief in something larger than themselves. For others it is defined by a long history of exposure to church. I’ve even read some define faith as a feeling. And there are some who see faith as just a word. It has no significance for them. Faith for me has been an evolutional process. Not sure as a young girl I understood faith or the value of having faith. I’m fairly certain people do not give faith much thought until it is tested.

My first test came when my mom died. I was living in Dallas at the time and attended church regularly, even taught young children about Jesus. I thought my faith was strong. I learned I was wrong. Maybe that had something to do with being seven months pregnant. I was finally pregnant and my mom so excited to see her first born give her a grandchild. We spoke daily during my pregnancy and especially after she had found a lump and was diagnosed with Breast Cancer. It was so aggressive that it took her life before she could ever see her grandchild. My world shattered into pieces. I became depressed and felt like the air had been sucked out of my lungs and I would struggle to just take a breath.

I went into counseling with the pastor of my church and we spoke about the anger I had towards God. And often the conversation would be about how I may not ever know the reason why my mom was taken from me. I resented God for a long time. My entire life has not been easy. For some reason I felt like I was being punished for just being born. In reality, I was feeling very sorry for myself. I look back on that time with my pastor and I know he helped me tremendously but still I felt victimized by life. My childhood was not easy, my teenage years had not been easy and it now seemed that I should come to expect bad stuff to happen. But giving birth to my daughter changed that….for a while….then the world falls apart again.

My faith was tested again after my daughter was diagnosed with Demyelinating Leukoencephalopathy. Disguised as a high fever that resulted in her losing fine and gross motor skills and having to relearn all of those skills. So the floor fell out from under me again. My faith shaken as I could not understand why. For many years we dealt with many doctors, diagnoses, medications, hospitalizations, trips to ER and bad news after bad news. I was disappointed in God. And I felt He had to have been disappointed in me because how could anyone deserve such horrible things happen to them. I felt even worse for my daughter. She did nothing to deserve the pain and sorrow that came with being different. The many years of dealing with schools where teachers didn’t think she was very smart, to administrators that deemed her a troublemaker. In all honesty life got very grim for her during her middle school years. She struggled with her emotions and mostly in part because she did not feel accepted by her peers. We spent many days crying and wondering why.

As Brittany matured she showed her faith and was such an inspiration for to me. She instinctively knew she had been created for something greater than any of us understood or would ever know until long after her passing. Honestly I admired her faith. In high school she came into her own and grew into this beautiful soul inside and out. I was so proud of her and how she dealt with all of the craziness about her illness. She got comfortable with who she was and no longer felt like she was broken. I attribute most of that to the camp she went to during her high school years during the summer. Camp Oasis, a camp for kids with Crohn’s and/or Colitis. It was there she found others like her and that she was not alone. She met her boyfriend there and that changed her view of herself.

She loved to read to kids and got involved with her church and was invited to go on a mission trip. On this trip they would build a classroom for children in Costa Rica. She wanted to go and I was so worried for her. I really did not want her to go because we had just gotten her stabilized from Epilepsy and her Crohn’s disease was finally under control. But the leadership of the group assured me that she would be well cared for and they would make sure she took her meds and ate well. I was so proud of her that she wanted to go on this trip. She was growing up into the young woman I always hoped she’d be. Then she returned from the trip and she was changed. She was less materialistic and more about helping others. But something else was different too.

She began to show odd symptoms that led me to believe she was having issues with her Epilepsy. They were symptoms I had not seen before and my heart just sank because as a nurse I knew this may be bad news. And it was. Within a couple of months we were at Cleveland Clinic trying to find out what happened. Did she contract something in Costa Rica or was it progression of her disease. No one could ever really tell us what happened. All they could tell us was that she was seizing 70% of the time, even when we could not see it. That we could not leave her a lone ever again. The doctors did not give us much hope. Just sent us home and keep trying different medications. My faith tested again.

Within a few more weeks she had a bad seizure and we never got her back. She died 12 hours later in the pediatric intensive care unit. That whole night I stayed by her bed and prayed to God. I held her hand while she laid quietly in an induced coma to keep her on a vent so that her body could rest from the seizures. I was so restless that night. I paced, I prayed, I cried and I cried. Each time she began to come around, her vital signs would get concerning and the nurses would come in and adjust her medications. But I could see it all. I knew what they were giving her and understood we were in a very serious situation.

At one point during the night as I sat there with my head laying next to her praying, I looked up at all of the monitors and medication machines and it hit me profoundly – she was not going to survive. She had already been resuscitated three times and her body was giving up. But why? Why God? Why take her from me? What could I have ever done to deserve this? I just continued to pray and asked God to not let her suffer and if it was her time then take her but don’t let her suffer. It was soon after that she began to code again and this time she did not come back to us. Her body was beaten down from the assault of CPR. Her brain was gone due to the lack of oxygen and her body was failing. My eyes met the nurse who was on top of her doing compressions and hearing the doctor tell us there was nothing left for them to do. We had to make a decision. I looked at that nurse again our eyes met again. I turned to my daughter’s father and said “it’s done” it’s time to let her go”. Then from there I cannot remember much but collapsing over her body and breaking down. I had been up all night and exhausted, but that did not keep me from staying by her side. I helped the nurses prepare her body by taking out the very IV’s and tubes that failed to keep her alive. I ever so gently cut her hair from the pony tail. It was up in a pony tail because of the vent tubing. I carefully placed her hair in an envelope as a keepsake. We took plaster prints of her hands and still today after 9 years when I touch them I cry because the ache in my heart is still painful.

My faith tested to it’s very core as I began the preparation of my daughter’s Celebration of Life just a few days later. I was a walking zombie. I was not able to comprehend what had just happened. It was like I knew it happened, but when I got home, it just did not seem possible that it had happened. That she was not coming home. In the coming weeks my faith took the biggest hit of all. When the reality of my loss became more apparent, I found myself on the floor more than I was standing. I was flipping through the bible looking for help. I called on my core church support because I was beyond finding any morsel of comfort from the bible. Time and time again those who God surely put on my path help set me upright and helped me take one step at a time towards healing. My faith bruised, but not broken. Faith is a process but most of all it’s necessary to soften the hard blows of life that will come regardless of your faith. Faith is the measure of God’s footprint on your heart. Something to think about.

Snipits from the inner part of my soul

Unimaginable Grief and Unexpected Blessings by Malissa Moss is licensed under a Creative Commons Attribution-Noncommercial-No Derivative Works 3.0 United States License.
Permissions beyond the scope of this license may be available at https://mysoulspeaks.wordpress.com/.